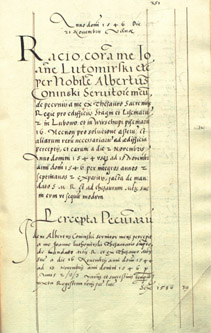 Situated near Vilnius, Liubavas is one of the oldest manors in Lithuania.
The ponds of Liubavas were thoroughly described in the manor treasury book of the Lithuanian ruler Sigismund Augustus back in 1546. Archive of Historical Records, Warsaw.
The manor remained in the possession of high government officials up until the mid-20th c. It became famous for not only its natural riches, but eventually became the favourite residence for the aristocracy and talented people in the arts.

Liubavas Manor House at the beginning of the 20th century, photographed by Janas Bulhakas (Jan Bułhak). Photograph owned by the National Museum of Lithuania. 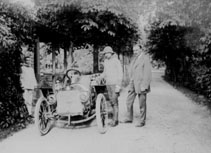 Liubavas. A picture with a vehicle, at the manor covered with climber plants. 1911. Red Italian racing car of Isotta Fraschini. National Library of Warsaw. From the memoirs of Zofija Potocka, Vol. 12.

The name of the Manor – Lubowo, Lubow, Liubow, Lubów, Любовь – most likely originates from words with a similar Prussian root "liubas", "šliubas", which in Lithuanian stand for "love", "marriage". It might have been that a long time ago the Prussian community retreating from the conquest further into Lithuania settled in the valley of the Gerėja River (now known as the Žalesa).

Written sources mention the Liubavas Manor as early as the 16th century. The first known owner was Count Albertas Goštautas (Olbracht Gasztołd, 1480–1539), political figure of the Grand Duchy of Lithuania and author of the First Statute of Lithuania. After he died, Liubavas was inherited by his son Stanislovas Goštautas (Stanisław Gasztołd, 1507–1542) who is thought to be the initiator of the Lithuanian yearbook, the so-called Bychowiec Chronicle. He was married to Barbora Radvilaitė (Barbara Radziwiłł, 1520–1551).

Around 1544, Žygimantas Senasis transferred his Lithuanian manors that used to belong to the Goštautai family to his son Žygimantas Augustas (Sigismund Augustus, 1520–1572). In 1547, the last member of the Jagiellonian dynasty secretly married Barbora Radvilaitė, widow of the former owner of the Liubavas Manor.

Liubavas (Lubow, Lubowo) Manor is mentioned in written texts from as early as the 16th century, when the ruler of Lithuania and Poland, Žygimantas Augustas (Sigismund Augustus), inherited this estate from his father Žygimantas Senasis (Sigismund the Old), in approximately 1544. Extant accounts from 1546-1547 provide the earliest information about the significance and designation of the Manor. It is seen from these documents that neighbouring districts were rich in natural resources, especially lumber and fish. Liubavas provided these benefits to the Royal Vilnius Manor. Ponds for fish spawning were constructed, maintained, and continuously renewed here. Liubavas was very advanced from a farming perspective, as it was one of the first estates where agrarian land reform was implemented by the initiative of Bona Sforza. (The reform had been announced just a few years prior).

It appears that Liubavas, which owned many lakes, rivers, and reservoirs in Molėtai well-populated with fish, was also one of the surrounding land centres. At that time, the administrator/proprietor of the estate was Jonas Ulrichovičius Hozijus (Jan Ulrichowicz Hozjusz), who was often referred to as an elder in documents.

In the second half of the 16th c., the manor was passed on to the ruler‘s brother-in-law, Mikalojus Radvila Rudasis "the Red" (Mikołaj Radziwiłł Rudy), who was the brother of his beloved deceased wife. He changed his ancestral manor Rokantiškės for Liubavas, because it was in a very good location, along the way to the residence in Dubingiai. Radvila expanded the estate, as is shown in the deed of sale in 1577, when Radvila "the Red" sold the property to Kasparas Golejevskis (Kasper Golejewski). These documents mention the same fish ponds, farm buildings and brewery.

The acquisition of Liubavas was very important for the new owner Golejevskis, because it helped him to annex earlier purchased property. After his death, his son Mikalojus (Mikołaj) continued to expand the estate, and in 1614, he annexed part of Nemenčinė which he purchased from the family called Zavišos (Zawisza). In 1636, by right of inheritance, the estate of Liubavas was divided amongst three of Mikalojus‘ heirs: Jonas, Martynas, and Samuelis (Jan, Marcin, Samuel).

Between 1638 and 1641, Liubavas was in the hands of one owner- the treasurer of the Grand Duchy of Lithuania Jonas Antanas Tiškevičius (Jan Antoni Tyszkiewicz), who acquired parts owned by Jonas Golejevskis, Martynas‘ widow Kristina Pucianka (Krystyna Pucianka) and her son Izajas (Izaijasz) (Liubavas and Medžiūnai).

In 1670, the son of Jonas Antanas Vladislovas Tiškevicius (Władysław Tyszkiewicz) sold the Liubavas Manor to the elder of Plungėnai, the Royal Colonel Martynas Krišpinas-Kiršenšteinas (Marcin Kryszpin Kirszensztein) for 14,000 Polish zloty. Like Kasparas Golejevskis, he continued to purchase more surrounding lands. For example, in 1668, he bought Nemenčinė, Girėja, and Zalosė near the rivers Girėja and Zalosė from Mykolas Daugėla Narbutas (Michał Dowgiałło Narbutt). Liubavas was inherited by Martynas‘son, the elder of Plungėnai, Kazimieras Krišpinas-Kiršenšteinas. Unfortunately, it was a very difficult time because the Northern War and the plague had ravaged the country, and there was political bedlam. Kazimieras (Kazimierz Kryszpin Kirszensztein) was very active in politics, and perhaps that is why he didn‘t always have enough time to look after his territory. Some neighbours took advantage of the situation, and began to steal valuable resources from the territory. Because of the amount of losses, litigation continued until the owner‘s death in 1724. After a long legal battle the youngest, unmarried sister of Kazimieras, Teresė (Teresa Kryszpin Kirszensztein) inherited Liubavas Manor. In 1753, in her testament, she left Liubavas to her dependent Teresė Tyzenhauzaitė (Teresa Tyzenhaus), who had married the elder of Stžalkovas, Antanas Kazimieras Tiškevičius (Antoni Kazimierz Tyszkiewicz), that same year. That is how the estate returned to the Count Tiškevičius (Tyszkiewicz) family a second time.

The continuing complicated inheritance sequence was marked by such family members as Pijus, Dominykas, and Vincentas Tiškevičius (Pius, Dominik, Wincent). The Liubavas Manor was skillfully kept by the brother of Antanas Kazimieras, uncle of Vincentas, the Canon of Vilnius Cathedral Mikalojus Tiškevičius (Mikołaj Tyszkiewicz). During the time Mikalojus ruled, a private orchestra was housed in a very large, ornate, baroque portal.

The real Golden Age of the estate was in the 19th c., when relatives of the Tiškevičius family, the Slizienis (Slizień) family, ruled. The first to settle into the manor were Count Kamilė Tiškevičiūtė (Kamilla Tyszkiewiczówna) with her husband Rapolas Slizienis (Rafał Slizień), who was a famous sculptor at that time. After Kamila‘s death, her children Valdemaras, Rita, Gustavas (Waldemar, Ritta, Gustaw), and grandson Rapolas Jonas (Rafał Jan) ruled the manor. Even up until 1940, when the Soviet government took away the estate, Gustavas son Rapolas Jonas had still been residing there. At the beginning of the 20th c., when the Slizieniai family ruled, exemplary horse stables were constructed, and also a modern watermill. The inheritants, with exceptional artistic talent, cared for the manor a great deal.

Despite the frequent change of hands of the manor, and plenty of misfortune in the region, this territory remained in the possession of high government officials up until the mid-20th c. It became famous for not only its natural riches, but eventually became the favourite residence for the aristocracy and talented people in the arts.

Now, under the initiative of sculptor Gintaras Karosas, Liubavas Manor is being brought back to life. This museum is being established so that the historical memory and findings of Liubavas, from many various disciplines, will serve Lithuania.