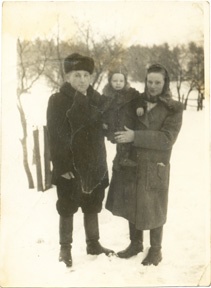 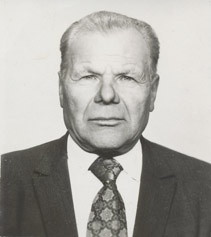 People of the surrounding areas were of a very high opinion of every miller who had ever worked in Liubavas Manor. Only a clever, skilful and hard-working person could become a miller. The mill itself was a whole industry, where a miller would work as well as live – a part of the building was turned into living premises. A miller had to be aware of many fields: he had to understand the nature, grasp specifics of the water system, mechanics, milling technology, know how to repair equipment, keep accounts.

Until 1933–1934, the brothers Petrusevičiai from Pikeliškės rented the mill from Rapolas Jonas Slizienis, the owner of Liubavas Manor, and worked there as millers. According to the contemporaries, the brothers lived in the mill, one in the south-western part of the ground floor, while the other one on the main floor of the miller's premises.

Later, there was a miller Jonas Domolevskis (1890–1941)  from Rudamina, who also rented the mill from the owner of the manor and lived there. He was shot during the war in 1941, on his way to Vilnius where he had wanted to buy a new electrical generator.

In 1941, Domolevskis's helper Jonas Rapcevičius (born in 1906) started working as a miller. He remained in this position until 1946, and then left for Poland.

Then, until 1975 an old man from Tartokai worked in the mill.

Locals of Liubavas Village felt privileged as the mill's generator provided them with electric power until general electrification.

After the mill had broken down, it was inhabited by a milkmaid Beliajeva. A little bit later, the head of the Neris kolkhoz decided the manor to be a living place for a forewoman Liusia from Pasvalys.

At that time movies were introduced in Liubavas Manor. Wednesday was a movie day. Movie posters were distributed in the whole neighbourhood. At 9 o'clock in the evening the manor was crowded with people to watch a movie.