Kryszpin (Kryspin), Coat of Arms of the Krišpinai Kiršenšteinai (Kryszpin Kirszensztein) family
The diary of Kristupas Zaviša has the entry of 1697 about the events in Raseiniai sejmik: “Not only the szlachta did not allow to say a word Mr Narkevičius, who had offended the honour of the Krišpinai (Kryszpin) family and soon afterwards was willing to make a public apology; they also took up their swords. The treasurer took Mr Narkevičius to the vestry as the sejmik was held in the church. However, the [szlachta] burst into the vestry and cut Mr Narkevičius into pieces. Such is reckoning for those who make an attempt on honour, nobility and ancestry.”
The Goštautas family   Royal Family   Mikalojus Radvila Rudasis   The Golejevskis family   The Krišpinas Kiršenšteinas family   Teresė Tyzenhauzaitė   The Tiškevičius family   Rapolas Slizienis   The Slizienis family   Gintaras Karosas 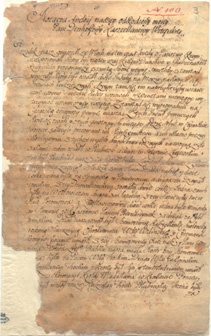 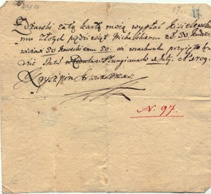 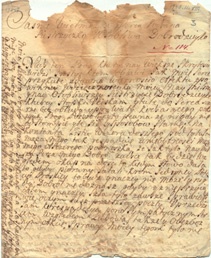 The Krišpinas Kiršenšteinas (Kryszpin Kirszensztein) family, historically is undeservedly almost forgotten. Its members ruled Liubavas at the end of the 17th c., until the mid-1800's. The family coat of arms Kryszpin (Kryspin) indicates that this family ancestors date back to the Roman Empire. The owner of Liubavas, who received the nobility status from Žygimantas Augustas himself, ruled the famous Raudonė castle. Existing documents show that the family members were very active in national politics. It is interesting to note that female family members and clergy were involved in politics at that time. Many members were active opponents of the Sapiega and supported the Saxonian Duke Augustas the II's candidacy to the country throne. Quite a few of the Krišpinas family members participated in the local Seimas, met with rulers from other countries.

The first family member who acquired Liubavas Manor from Vladislovas Tiškevičius (Władysław Tyszkiewicz) was Martynas Krišpinas-Kiršenšteinas (Marcin Kryszpin Kirszensztein, deceased in about 1700). After a journey to Italy he began a successful military political career in his homeland. He was a vicegerent in Vilnius, the Chancellor of The Grand Duchy of Lithuania, and later became a cupbearer of the Grand Duchy of Lithuania.

Martynas' heir was Kazimieras (Kazimierz, deceased in 1724). He was an elder in Plungėnai, and a colonel in the Grand Duchy of Lithuania, and unlike many of his family members, became a supporter of Sapiega. It is known that he participated in a delegation that visited the King of Sweden. He also had recruited a major personal army with which he chased the supporters of king Augustas the II away from Vilnius as they were retreating. During the years he ruled, Liubavas had suffered the effects of war and plague. The owner was forced to go abroad for some time for personal safety. Despite that, records from 1725 show us that during Kazimieras' rule, or perhaps even of his father's, the estate farming territory was being expanded and reconstruction was started.

Kazimieras' sister, the last heir of the Krišpinas fortune and Liubavas, was the castellan of Trakai, unmarried young lady Teresė Krišpinaitė Kiršenšteinaitė (Teresa Kryszpin Kirszensztein, deceased in 1753). She maintained close ties with the clergy, especially with Bishop Antanas Tiškevičius (Antoni Tyszkiewicz), and Juozapas Sapiega (Józef Sapieha). Retained documents also evidence that she kept close ties with her sisters. She had a lengthy litigation regarding ownership of Liubavas. In a letter to her sister we find her fears that neighbours actually were the cause of a lot of losses to the estate.