Leliwa, Coat of Arms of the Tiškevičiai (Tyszkiewicz) family
Liubavas Manor was owned by the Tiškevičiai (Tyszkiewicz) family twice: in the 17th century and from the 2nd half of the 18th century to the early 19th century.
Liubavas Manor has seen one of the most famous representatives of this family: Antanas Jonas (Antoni Jan), treasurer of the Grand Duchy of Lithuania; Vladislovas (Władysław), marshal of the Grand Duchy of Lithuania; Antanas Kazimieras (Antoni Kazimierz), lieutenant-general of the Lithuanian army, Dominykas (Dominik), szlachta marshal of the Borisovas powiat; Vincentas (Wincent), referendary of the Grand Duchy of Lithuania; Mikalojus (Mikołaj), the Canon of Vilnius Cathedral.
Konstantinas Tiškevičius (Konstanty Tyszkiewicz), a close relative of the owners of Liubavas Manor, described Liubavas in his monograph “The Neris and its Banks”.
The Goštautas family   Royal Family   Mikalojus Radvila Rudasis   The Golejevskis family   The Krišpinas Kiršenšteinas family   Teresė Tyzenhauzaitė   The Tiškevičius family   Rapolas Slizienis   The Slizienis family   Gintaras Karosas 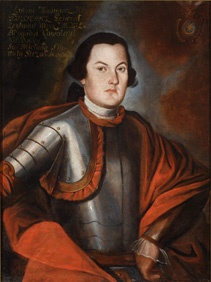 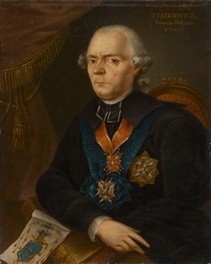 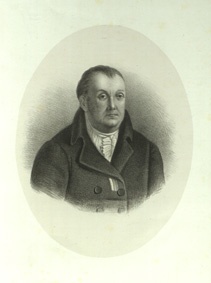 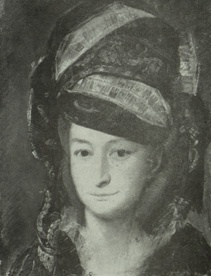 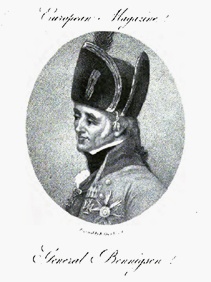 The Beginning of the Tiškevičius Family Rule

One of the most important families in the history of Liubavas is the Tiškevičius (Tyszkiewicz) family, who hold the Leliwa coat of arms and were famous for their participation in military and political life. In 1569 Žygimantas Augustas awarded Vasilijus Tiškevičius (Wasyl Tyszkiewicz) for his notoriety during the Livonian War. Vasilijus Tiškevičius and his descendants were granted the title of count. This family gave Lithuania many educated people who were significant figures in politics, the Church, and especially in education. The brothers Eustachijus and Konstantinas Tiškevičiai, well-known to many, were inventors, geographers, and fostered the history of the country. Their relatives ruled at Liubavas two times – in the 17th c., and from the second half of the 18th c. until the beginning of the 19th c.

The first family member who bought the manor from the Golejevskiai family was Jonas Antanas Tiškevičius (Jan Antoni Tyszkiewicz, 1609–1649), the brother of the well-known Bishop Jurgis Tiškevičius. Kasparas Niesieckis (Kasper Niesiecki) described him as a man of simple oratory, but with strong fist. Tiškevičius had important responsibilities in the government such as treasurer of the Grand Duchy of Lithuania, cupbearer, as well as tribunal marshal. Jonas Antanas unfortunately died at the relatively young age of 40, He was buried in the Vilnius Cathedral.

Jonas Antanas with his wife Kristina Švikovska had two daughters and two sons, Kazimieras (Kazimierz) and Vladislovas (Władysław). Kazimieras died at an early age and his father's fortune, including Liubavas, was inherited by Vladislovas (1644–1684). Like his father, he had a great political career and in 1676 became the carptor in the Grand Duchy of Lithuania, and an elder in Purvynė. Tiškevičius maintained good relations with the Church, as is noted in his gifting two very expensive reliquaries with the relic of Christ's blood and wood from the cross of Christ to the bernardins in 1677. Vladislovas' grave plaque was placed in the Bernardinai Church in Vilnius in 1712, and remains to this day. When Vladislovas Tiškevičius sold Liubavas to the Krišpinas Kiršenšteinas family, that first era of Tiškevičiai rule ended.

Another representative of the family who ruled Liubavas was a Lieutenant General in the Lithuanian army, Antanas Kazimieras Tiškevičius (Antoni Kazimierz, 1723-1778). He was married to Teresė Tyzenhauzaitė. He inherited Lahoisk and, just before his death, initiated brick construction of the Lahoisk Church. His brother, the canon of Vilnius Cathedral, Mikalojus Tiškevičius (Mikolaj Tyszkiewicz), was famous in the history of Liubavas. He died in 1796. Before Antanas moved to Liubavas, the manor was also owned by the younger generations of the family: his brothers Pijus (Pius), Dominykas (Dominik), and Antanas (Antoni) (Antanas Kazimieras' and Mikalojus' nephews), as well as Antanas Kazimieras' son Vincentas (Wincent).

Pijus Tiškevičius (Pius, 1756–1858) was the Borisov regional marshal. Remaining documents show that he frequently was in court with his uncle Juozapas Ignotas Tiškevičius (Jozef Ignace Tyszkiewicz). The main disputes were over their manors and boundaries. It appears that Pijus and his brother had difficulties dividing what they inherited from their father.

The third brother of Pijus and Dominykas, Antanas, has an unclear biography. It is known that he died very young in approximately 1798, when had just become the owner of Liubavas.

Vincentas (Wincent, 1757–1816), was another heir to Liubavas. He was an administrator in the Grand Duchy of Lithuania, a holder of White Eagle and St. Stanislovas orders. Contemporaries said that he had a reputation for being exceptionally punctual. Humorous moments are also mentioned. Although he was a very gracious host, he would discuss the guests' departure date just at their arrival: "on the agreed date neither thunder, nor illness could change the promise of the quests". Leonas Potockis vividly describes the relationship of Vincentas and his wife Teresė Poniatovskytė (the niece of King Stanislovas Augustas Poniatovskis (Stanisław Antoni Poniatowski)), affirming that the man loved his young and beautiful wife, but she couldn't stand him. He described Vincentas as by nature a gentle man, but yet weak and timid. He was also very stubborn and a creature of habit. It is interesting that even though he was wealthy, he was quite ascetic and enjoyed peace and quiet. He only drank pure water, didn't play cards, loved the arts, especially theatre.

Thanks to Vincent, his uncle Mikalojus Tiškevičius, the canon of Vilnius Cathedral, St. Casimir chapel pastor and an active figure in the activity of the Church, moved to Liubavas. In 1793, along with canon Pilchovskis (Pilchovski), he was delegated to Gardinas to meet the bishop regarding (Vilnius Capitula lands remaining in Russian territory. The canon's relative Konstantinas Tiškevičius mentioned that he was old-fashioned and practical, and his manor was done accordingly. In his book Neris And Its Banks Konstantinas says that Mikalojus built an interesting architectural monument at Liubavas – gates, two stories high, which don't exist today. It is believed that they resemble the Baroque Basilian gate in Vilnius. The aristocratic cleric was a music lover and kept a private orchestra at the manor during the summer. The musicians as well as other residents lived in spacious apartments that were built in the portal. It can be implied that it was a very large and beautiful construction that was tasteful and luxurious.

Later Liubavas was passed on to Dominykas Tiškevičius who in 1802 rented the manor to General Beningsenas for four years. Soon after that the manor was in the hands of Vincentas (Wincent, 1800–1867), the son of Dominykas and Zofija (Zofia). Vincentas' wife was the Countess Eleonora Četvertinskaitė. They had a daughter Izabelė.

In 1857 Vincentas Tiškevičius passed on the manor to his sister Kamila Tiškevičiutė (Kamila, 1806–1892), who had married Rapolas Slizienis (Rafal Slizien). Contemporaries used to say the daughter of Dominykas and Zofija, according to standards at the time, was of exceptional beauty. Gabrielė Giunterytė Puziniene told that in 1823 Kamila Tiškevičiutė was in a live play organized by Rustem about Queen Semiramide. She played the role of Azema, though because of her beauty ("from her small feet to her proud forehead") she should have played the queen herself. Ipolitas Korvinas-Milevskis (Hipolit Korwin Milewski) had similar comments. He said that she raised a furore with her beauty in Aleksander the First's "assembly". It is believed that this famous descendant was very educated. Her cousins after all were Konstantinas and Eustachijus Tiškevičiai.